We are very pleased to be hosting once again a series of Monday evening talks in conjunction with Ventnor Heritage Centre.

Please reserve your seat through the links below or contact Wendy at the club. We advise against simply coming on the night and if you have made a reservation that you cannot make, please let us know as soon as possible. The talks have, in past years, been extremely popular.

Entry is free but we request that you leave a donation to Ventnor Heritage Centre on the night – there will be a collection box.

Andy Butler
The Natural History of the Isle of Wight Past, Present and Future
Monday 17th February, 7.30pm Book here

Natural historian Andy Butler presents a talk in which he takes a look at how the wildlife of the Isle of Wight has developed from the age of the dinosaurs in prehistoric times to the effect of the first modern humans 10,000 years ago and then on to the present day. He also questions how our birds, butterflies and animals may possibly cope with the rapidly changing conditions in the future.

What lessons can we learn from observations of changes affecting the British coast since the late eighteenth century?  How and to what extent have our coastal landscapes, natural environments and cultural heritage been affected by both natural and human influences over that time?
A year-long study by Professor Robin Mcinnes OBE and Chloe Stanford-Clark MSc of Coastal and Geotechnical Services was completed in 2019 working in partnership with a wide range of coastal management and art-related organisations.

Robin’s presentation and talk explains how through increasingly sophisticated technologies and the use of highly accurate historical artworks a methodology has been developed that allows an improved understanding of long-term coastal change that can inform coastal planning and management in the face of climate change.

A glimpse into times gone by as seen through the lens of photographers recording local scenes.
Colin mysteriously inherited an old photo album and found that it contained photographs dating back to the 1870’s, mostly of the ‘Ventnor Local History Area’ – Bonchurch, St Lawrence, Whitwell, Niton, Chale, Blackgang, Godshill and Wroxhall.

The story of when, why and how Ventnor became a booming health resort in the 19th century.

In this presentation, we see the impact of urbanisation on health and consequent public health legislation in the 19th century during which time Ventnor became a booming health resort. Medical advances and new technology will also be considered.

Dr Jeffrey Mazo, Secretary  of Ventnor & District Local History Society presents the final talk in the series.
A look at two little-known, large scale maps – the 1793 Ordnance Survey sketches and the 1840 Tithe Map for Newchurch Parish – and what they can tell us about the early history of Ventnor and surrounding villages. 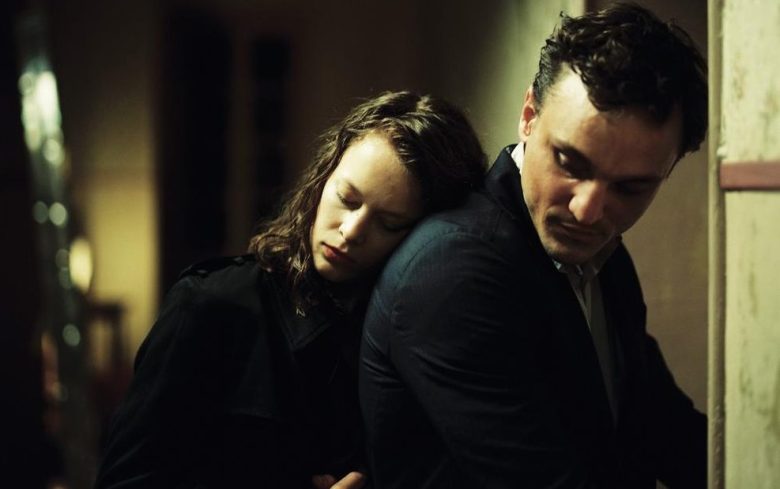 Ventnor Film Society Screening – Transit
Tuesday 18th & Wednesday 19th February, 7.30pm To book click hereIn Christian Petzold’s brilliant and haunting modern-day adaptation of Anna Seghers’s 1944 novel, Transit Visa, Georg, a German refugee, flees to Marseille assuming the identity of a recently deceased writer whose papers he is carrying. There he delves into the delicate and complex culture of the refugee community, becoming enmeshed in the lives of a young mother and son and falling for a mysterious woman named Marie. 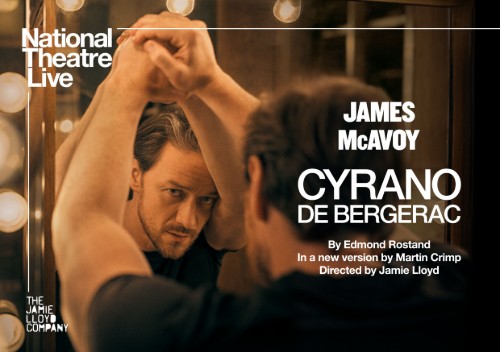 James McAvoy (X-Men, Atonement) returns to the stage in an inventive new adaptation of Cyrano de Bergerac, broadcast live to cinemas from the West End in London.

Fierce with a pen and notorious in combat, Cyrano almost has it all – if only he could win the heart of his true love Roxane. There’s just one big problem: he has a nose as huge as his heart. Will a society engulfed by narcissism get the better of Cyrano – or can his mastery of language set Roxane’s world alight? Edmond Rostand’s masterwork is adapted by Martin Crimp, with direction by Jamie Lloyd (Betrayal). This classic play will be brought to life with linguistic ingenuity to celebrate Cyrano’s powerful and resonant resistance against overwhelming odds. 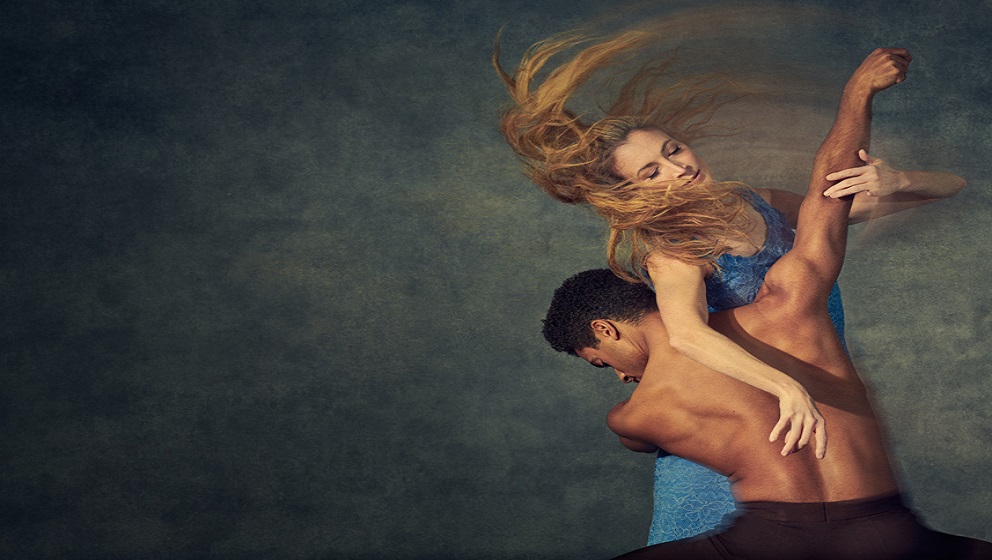 Cathy Marston has previously been an Associate Artist of the Royal Opera House and Director of Bern Ballett, and is much in demand internationally. The inspiration for her first work for The Royal Ballet Main Stage is the momentous life and career of the cellist Jacqueline du Pré. Jerome Robbins’s elegant and elegiac classic forms the second part of the programme. This exercise in pure dance for five couples, set to music by Chopin, is a masterpiece of subtlety and invention. by Cathy Marston | Jerome Robbins 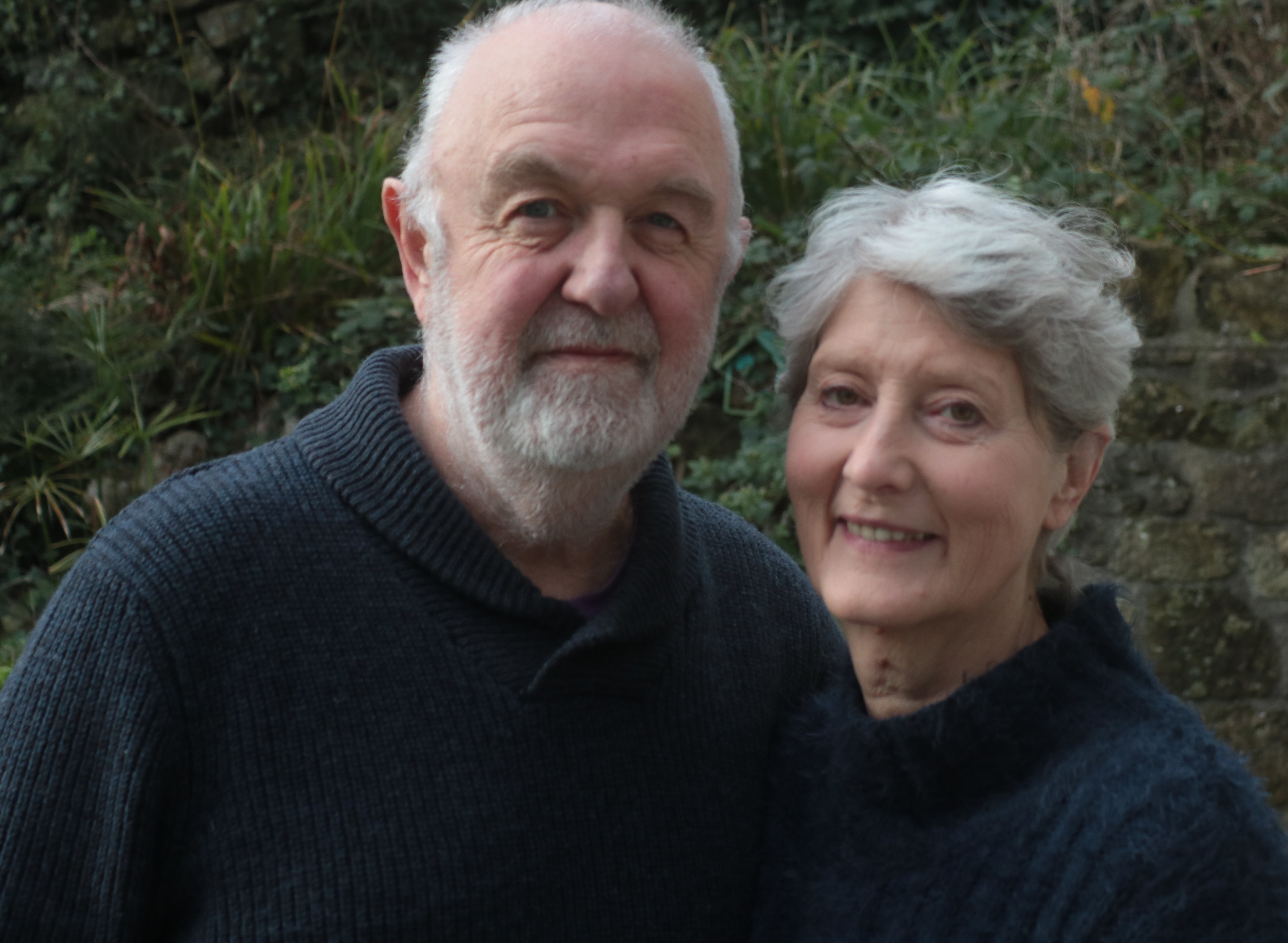 David and Jill George of island based Utility Films return to Ventnor Arts Club with their latest documentary – Love and Dying, which asks if there should be a change in the current law relating to assisted dying. Q&A to follow screening of two short films. 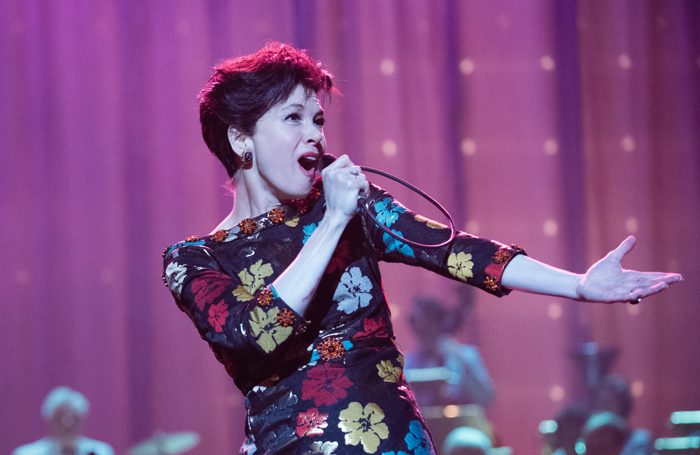 Winter 1968 and showbiz legend Judy Garland arrives in Swinging London to perform a five-week sold-out run at The Talk of the Town. It is 30 years since she shot to global stardom in The Wizard of Oz, but if her voice has weakened, its dramatic intensity has only grown. As she prepares for the show, battles with management, charms musicians and reminisces with friends and adoring fans, her wit and warmth shine through. Even her dreams of love seem undimmed as she embarks on a whirlwind romance with Mickey Deans, her soon-to-be fifth husband. Featuring some of her best-known songs, the film celebrates the voice, the capacity for love, and the sheer pizzazz of “the world’s greatest entertainer.”

Handel’s tale of intrigue and impropriety in ancient Rome receives its first Met performances, with star mezzo-soprano Joyce DiDonato as the controlling, power-hungry Agrippina and Harry Bicket conducting. Sir David McVicar’s production ingeniously reframes the action of this black comedy about the abuse of power to “the present,” where it should loudly resonate. The all-star cast features mezzo-soprano Kate Lindsey as Agrippina’s son and future emperor Nerone, soprano Brenda Rae as the seductive Poppea, countertenor Iestyn Davies as the ambitious officer Ottone, and bass Matthew Rose as the weary emperor Claudius. 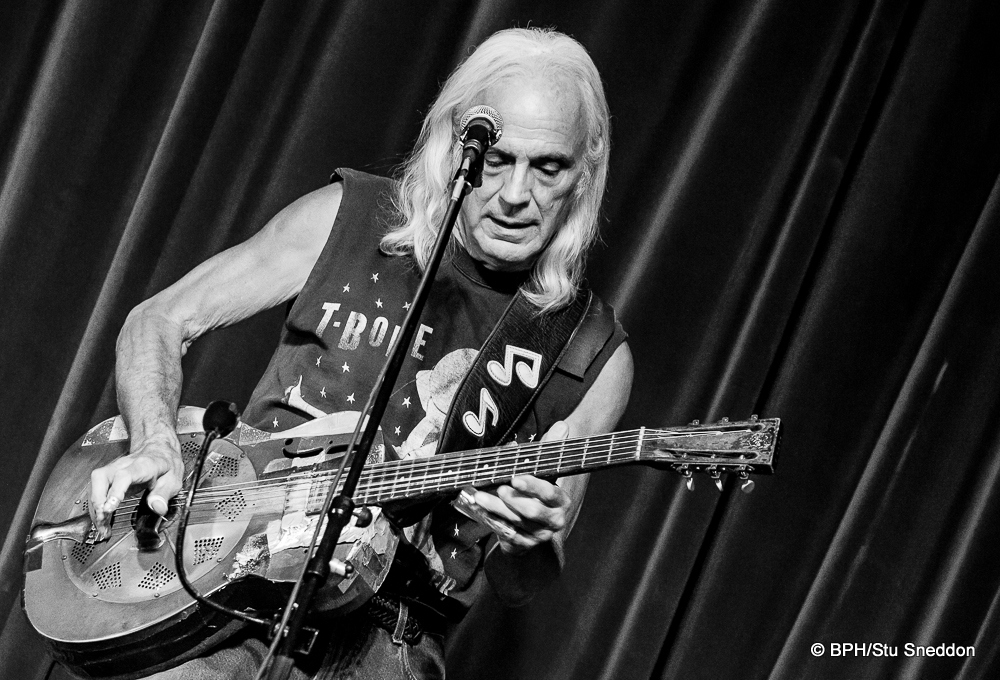 We are excited to welcome back the magnificent Kent DuChaine after his sell out debut appearance last year,  Kent has listened to, hung out with, opened up for, travelled and played `with most of the great Blues men and women his whole adult life. The list is too long to name them all, but some of the major ones are:  Muddy Waters, Howlin’ Wolf, John Lee Hooker, Big Mama Thornton, Koko Taylor, BB, Albert and Freddie King, Willie Dixon, Bukka White, Johnny Shines, Robert JR Lockwood, Mississippi Fred McDowell, Furry Lewis and Son House.

His dedication and talent for the blues earned him the honour of opening two shows for Bukka White, spending time with Mississippi Fred McDowell and befriending his hometown Bluesmen, Lazy Bill Lucas and Mojo Buford in Minneapolis, Minnesota. He has even hung out with Muddy Waters who he later paid his last respects to at Muddys’ funeral in Chicago. Book now!!!! 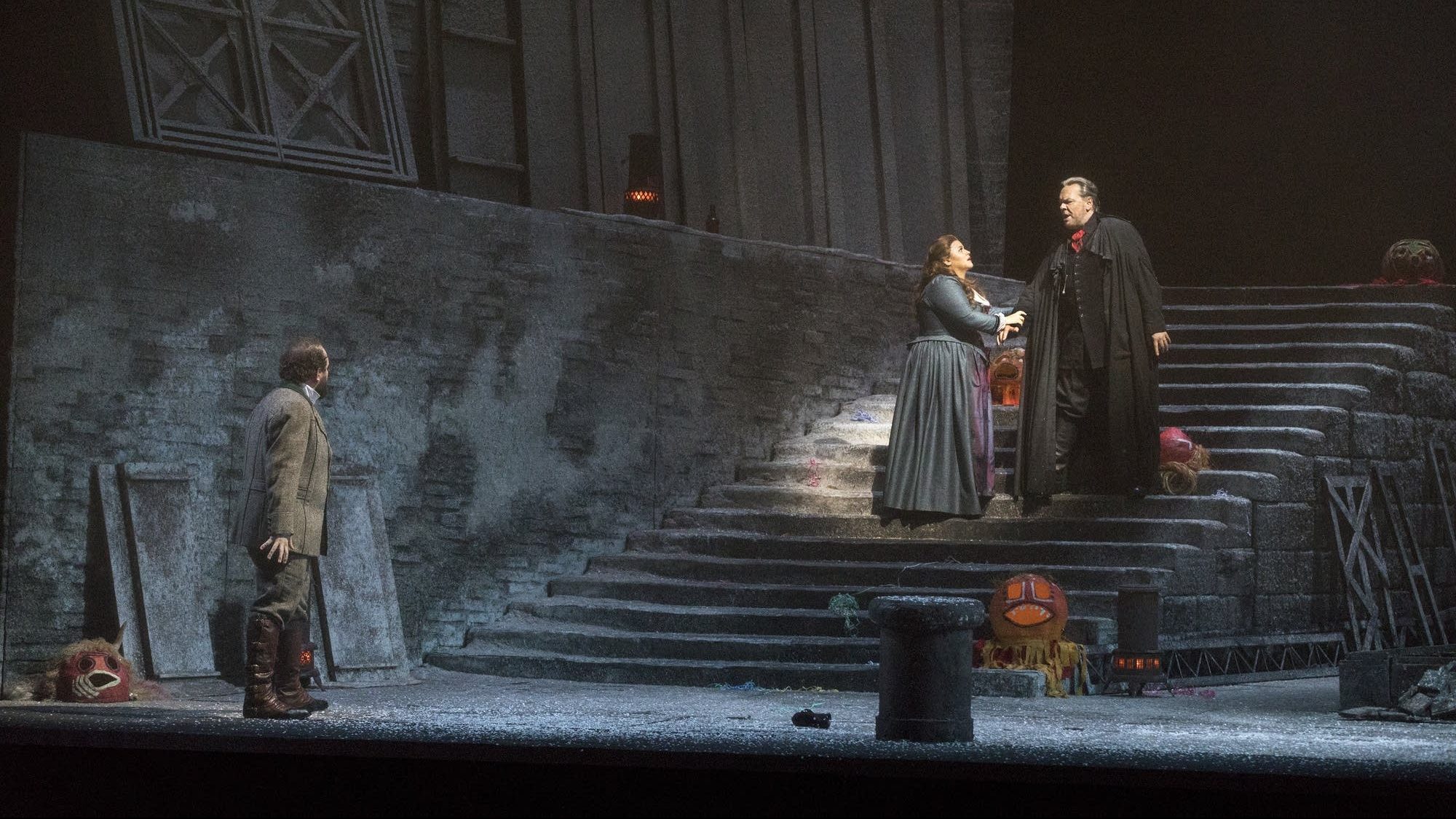 Award-winning Sir Bryn Terfel CBE returns to the Met for the first time since 2012 as the mysterious seafarer searching for salvation in this co-production with L’Opéra de Québec and Dutch National Opera, Amsterdam.

Inspired by the legend of the Flying Dutchman, the Captain of a ghostly ship who has been condemned to sail the seas for eternity, is offered a chance of redemption by true love. 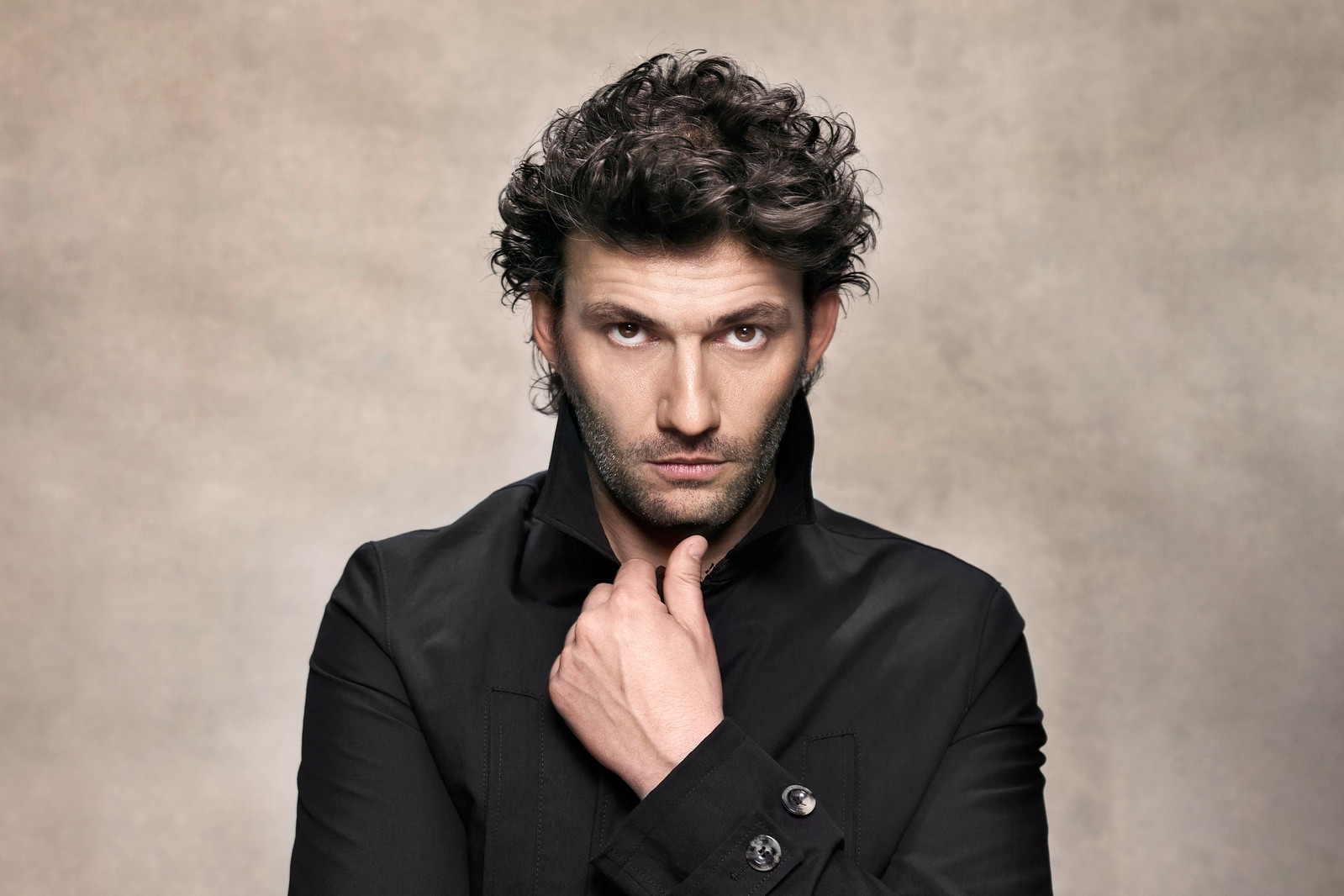 Beethoven’s only opera is a masterpiece, an uplifting story of risk and triumph. In this new production, conducted by Antonio Pappano, Jonas Kaufmann plays the political prisoner Florestan, and Lise Davidsen his wife Leonore (disguised as ‘Fidelio’) who daringly sets out to rescue him. Set in strong counterpoint are the ingredients of domestic intrigue, determined love and the cruelty of an oppressive regime.

The music is transcendent throughout and includes the famous Act I Quartet, the Prisoners’ Chorus and Florestan’s impassioned Act II cry in the darkness and vision of hope. Tobias Kratzer’s new staging brings together the dark reality of the French Revolutionary ‘Terror’ and our own time to illuminate Fidelio’s inspiring message of shared humanity. 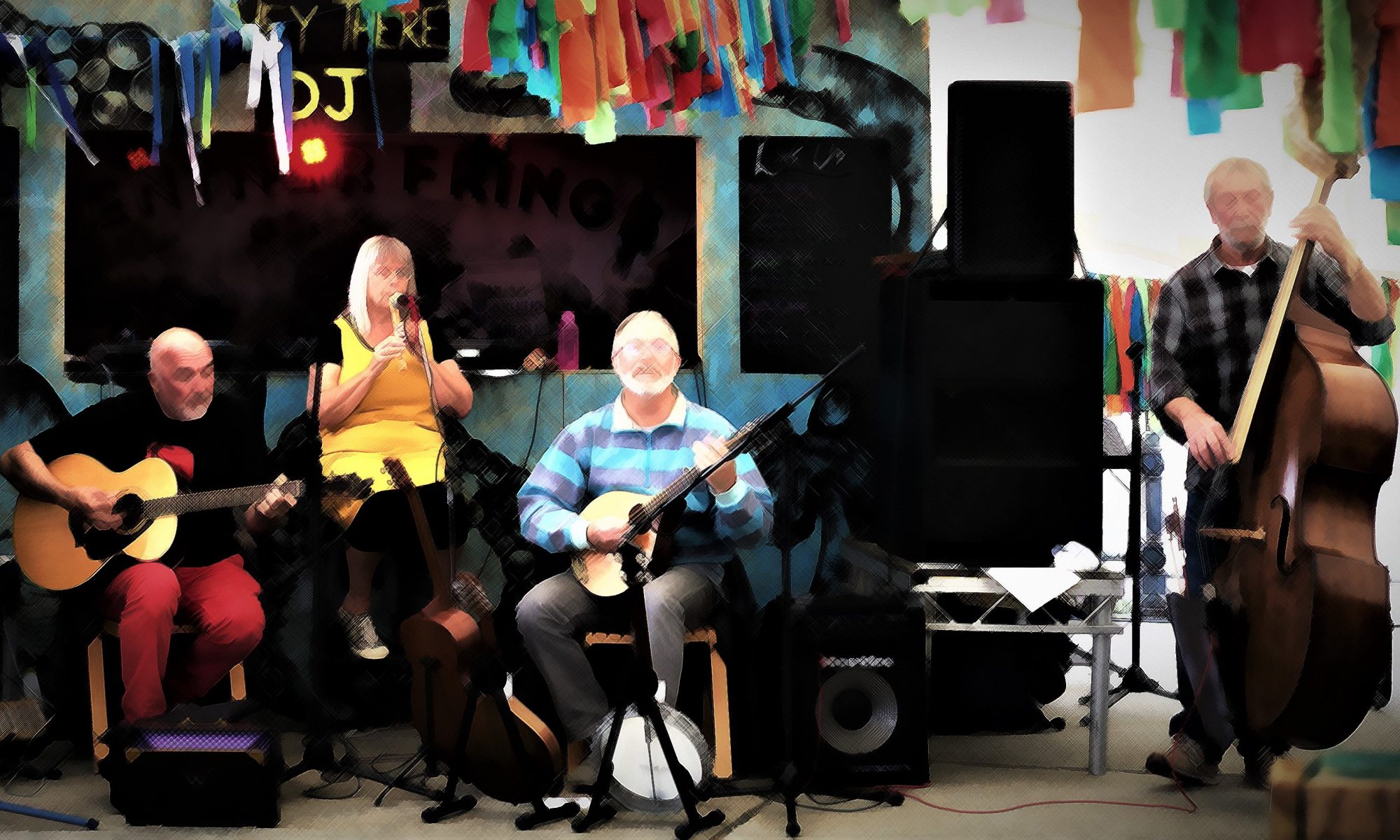 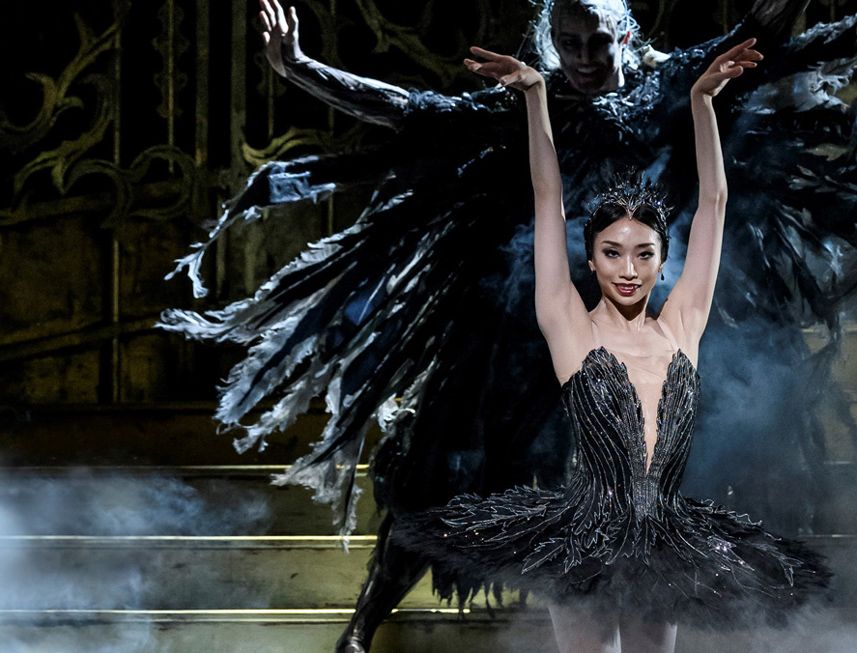